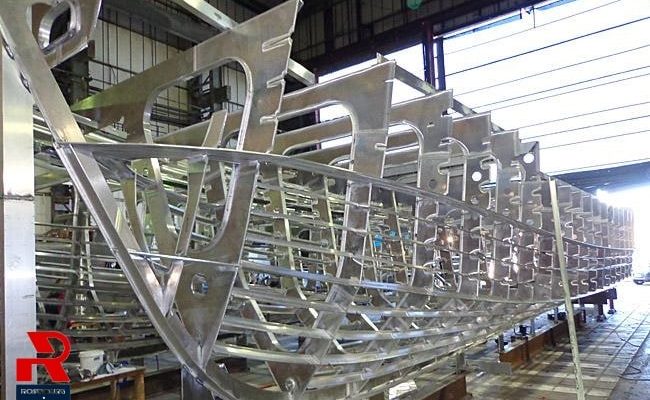 Today, the use of aluminum as one of the most widely used metals in the world is used in various forms and in many fields in a wide range of industries. Fortunately, the transportation of aluminum is not a complex process and with various methods, including This is done by ship, rail, truck, boat, etc. Of course, all businesses must also pay attention to the principles of aluminum transportation to avoid problems such as corrosion-rust due to moisture or complete loss of aluminum. Does not occur…  . 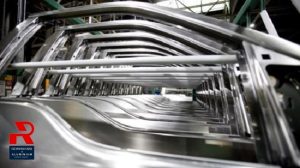 History of the use of aluminum in shipbuilding:

Therefore, the use of aluminum due to the greater supply of this product in various industries was used more than before.

Aluminum in the industry

Due to the important properties of aluminum, its use in shipbuilding, like other industries such as aluminum in automotive-aluminum in aircraft construction-aluminum in construction, etc., has expanded greatly in recent years.

Due to the expansion of the use of rolled aluminum products – beds and extruded aluminum and … The use of aluminum in shipbuilding (maritime transport) – air transport and rail transport up to 35% in 2040 ratio in 2014, when combined energy demand for light vehicles increased by 50%, it will increase by 85%. 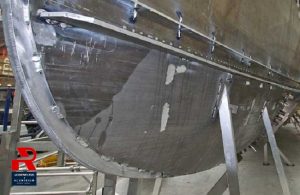 Some special properties of aluminum that make excellent use of this metal:

1- Flexibility of aluminum: Aluminum can be converted into different shapes due to its flexibility. 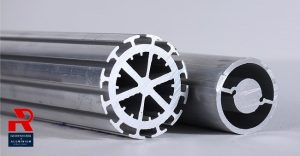 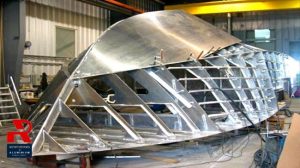 8-The use of aluminum in shipbuilding due to greater stability

9- Using aluminum in shipbuilding due to higher speed

10 – The use of aluminum in shipbuilding due to more load

Al-mg is one of the non-thermal alloys and the cost of using this alloy is low and this alloy can be used for the successful service of the ship due to all its properties.

1- Weld ability property that can be done welding.

Each of the aluminum alloys can be used in a part of the ship, for example the al-mg-si alloy, which during the extrusion process is used in 6000 series alloys for shipbuilding as well as in marine services and duration of use. Ships are used. 5000 series alloy such as 5083 al-mg alloy are used for ship plates.

Aluminum alloys in shipbuilding are mostly al-mg, al-, g-si; al-zinc-mg alloys which are used in a particular shipbuilding according to the characteristics of each of these alloys; For example, 6063 and 6061 alloys are used for the superstructure of ships – masts – corridors.

Alloys 5052 and 5054 are used to build ship decks. In general, aluminum alloys in shipbuilding are used to build masts, hulls, which include partition walls, gears, ship sides, bottom exterior panels, and castors. Used.

Aluminum alloys are not only stronger than steel in terms of strength, but also higher in strength and strength than mild steels. Also, steel has less resistance to corrosion, but aluminum is more resistant to corrosion. {According to the results of research in this field, the corrosion rate of steel is 120 micrometers per year, but the corrosion rate of aluminum is 1 micrometer per year.

Boats such as sport boats are made of aluminum from keel to rig, which speeds them up. And equipment is used to reduce the weight of the ship and increase the carrying capacity.

Given the properties of aluminum and with the advancement of science and technology in the field of shipbuilding, it is very likely that in the future, aluminum will be more welcomed and used in shipbuilding than steel. 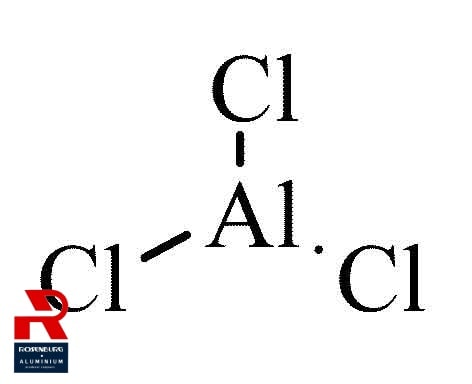