Curtain wall is actually an exterior wall of glass facade, whose main structure is aluminum lamells.
In the curtain wall view, the whole building can be seen as a glass wall and pieces of aluminum.
Today, the use of this facade has increased among the luxury and large buildings and towers in the world, and the reason for that is the strength and special beauty of this structure.

The curtain wall facade also has advantages, for example: 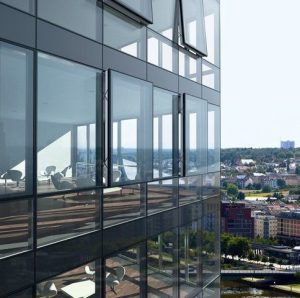 The main structure of the curtain wall facade consists of lamellas, the lamellas are aluminum parts that are obtained during the aluminum extrusion process, and depending on the type of structure and according to static calculations, the size of the lamella and its thickness are selected for each project. vertical slats are called mullions and horizontal slats are called transoms; in the structure of the curtain wall facade, after the slats and accessories and other aluminum parts, it is time to install glasses or other covers.

Curtain wall facades are divided into several types based on the type of aluminum lamella used and how the vertical and horizontal lamellas are connected to each other (mullion to transom):
1- Frameless curtain wall facade (without visible aluminum lines on the facade)
2- View of curtain wall face cap (covered)
The difference between the frameless view and the face cap is in the use of special covers, that is, in the face cap view, a cover is used, and the aluminum view is visible, but in the frameless view, the cover is not used, and in the glass view, it is seen without Aluminum appearance 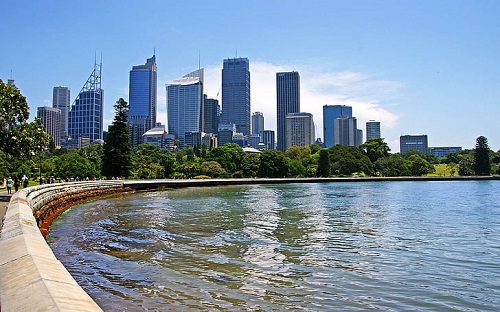 When you look at this view from the outside of the building, there is no visible cover or aluminum parts, and there is a small gap between each glass panel, which is about 1-2 cm, which is actually aluminum structures. lamellas) are located behind this part and on the inside of the building. It is also worth mentioning that this frameless structure, in addition to having a beautiful appearance, is one of the strongest curtain wall structures and prevents water or air from entering the building.

The frameless view itself is divided into 2 types:

Frameless curtain wall view has advantages over other views:

1- The resistance and strength of this facade is high and it prevents water and dust from entering the building in bad weather conditions.
2- Different types of glass in different colors can be used in this type of curtain wall facade, such as laminate-darkness glass or double-glazed or triple-glazed glass that act as sound and heat insulation.
3- It does not add extra and dead load to the building.
And …